We are posting this excerpt from our newest book 'The Grace of The Spirit' in the light of recent disturbing events in Phoenix, Arizona.
Most organs used for transplants are taken from donors while their hearts are still beating: a procedure called ‘organ harvesting’ or ‘organ recovery’. The first recorded instance of an organ being taken from a ‘heart-beating’ (HB) donor occurred on June 3rd 1963 when Guy Alexandre removed a kidney from a patient in Louvain, Belgium. The recipient died a month later from septicaemia.[1]

Heart-beating donation is preferred over donation from those who have died for many reasons. Keeping blood flowing through the organs as long as possible improves the success of transplants, and allows the transplant team to assemble and for the recipients to be notified and prepared for operation.

The removal of organs from ‘heart-beating’ donors is always unacceptable to the Orthodox Church because it is a deliberate medical intervention to end life; cutting out a vital organ while the heart is still beating is euthanasia in all but name.

Organs may legally only be recovered from the ‘dead’, and the definition of death needed for HB transplants is a complete absence of brain stem activity commonly referred to as ‘brain death’. This definition of death was invented solely to provide HB donors for transplants, but the definition is flawed because it relies on the brain being the only source of control in the body; according to Dr. Alan Shewmon, the ‘brain’s role is more modulatory than constitutive, enhancing the quality and survival potential of a presupposedly living organism.’[2]

To illustrate this point, at the Third International Symposium on Coma and Death (Havana, 2000), Dr. Shewmon showed a video of a patient referred to as ‘TK’ who had been ‘brain dead’ since the age of four. This diagnosis had been confirmed by repeated clinical tests, including EEG’s and MRI angiograms to check for brain blood flow. TK’s heart was still beating unaided twenty years later, and he was cared for at home for six years.[3]

Patient TK eventually died of heart failure and an autopsy showed that his brain had been completely destroyed.[4] Amazingly, the Diabetes Insipidus from which TK suffered had spontaneously resolved during his period of ‘brain death’ despite him having no functioning brain tissue.

In TK’s case, and in other patients whose bodies continue to function without any brain-stem activity, a host of biological processes continue to support life without any direction from the brain. As well as the heart beating, nutrients are assimilated and wastes eliminated, thousands of complex proteins and ions are maintained at the correct levels essential for life, infections are overcome and wounds heal, hormones are produced and their levels adjusted by complex feedback responses. Indeed Dr. Shewmon reports that a 13-year-old boy whom he had examined began puberty while brain-dead.[5]

The processes by which cells communicate with each other to coordinate bodily response are still poorly understood, but it is known that cell signalling occurs without direct input from the brain. For example, all cells in the body are programmed to die and are kept alive by signals from other cells: a phenomenon known as apoptosis.

Defining death by an absence of brain stem activity is far from an exact science. Overdoses of barbiturates, excess alcohol and hypothermia may all cause a cessation of brain activity which could be classified as ‘brain death’. For example, in 2009, Coleen Burns woke up the day before doctors were due to ‘harvest’ her organs after declaring her ‘brain dead’. Defenders of organ transplantation would say protocols were not followed correctly in this case, but it is evident that patients with a complete absence of brain stem activity are not actually ‘dead’.

Alternatives to the current definition of an absence of brain stem activity as ‘death’ have been proposed. One definition is that of a loss of ‘being’ indicated by a lack of self-awareness, an absence of intentional behaviour and sociality etc. This definition is unacceptable because it would leave the permanently unconscious and the severely disabled in danger of having their organs harvested.

Death also cannot be certified simply on the basis that the brain is no longer able to control the body. For example, there is a strong biological correlation between the symptoms of a high spinal transection and the criteria used for determining brain death. The former condition is a complete severing of the spinal cord resulting in tetraplegia and, in severe cases, an inability to breathe unaided. In both cases the brain does not function in integrating the organism, but paralysis or tetraplegia certainly does not imply ‘brain death’ or a lack of sentient being.

The only reliable method of certifying death is the older cardiorespiratory criterion in which death is defined as an absence of heartbeat and breathing. This definition, as Professor Ian Kerridge argues, avoids re-defining death solely because of the needs of the transplant lobby:

The danger is that death is defined on the basis of providing useful organs for transplant. We argue that the definition of death should not be related to organ transplantation and that it is biologically, philosophically, and socioculturally more accurate to regard ‘brain death’ as a state separate from death.[6]


In other words, an absence of brain stem activity does not indicate death, but is rather a prognosis of immediate death; a patient who is ‘brain dead’ will die if life support is removed and is in a state of permanent irreversible unconsciousness. An absence of brain stem activity thus moves from being the starting-gun for organ removal to a diagnostic tool useful for medical staff and relatives alike. The latter can prepare themselves for the imminent death of their loved one (once life support is removed) and medical staff have a strong basis for advising against continuation of ventilation and intensive care support.

Professor Ian Kerridge argues that the current portrayal of how transplants are carried out is both scientifically inaccurate and dishonest.

Rather than redefining those who are ‘brain dead’ as ‘dead’ it may be more honest to acknowledge that such individuals are not dead and that removing their organs is in fact killing them. Such an action is undeniably morally troubling; it may, however, be morally justifiable in precisely defined circumstances such as where recovery is impossible and personal identity is lost. It may also be less morally objectionable than the creation of a fiction (the redefinition of death) which is the only alternative. The long term viability of transplantation programmes is likely to be better served by telling the truth than trading in fictions.[7]


Prof. Kerridge’s view that certain circumstances could justify killing a patient to recover their organs is not shared by traditionalist Orthodox Christians. The Church’s objection to HB donors is not about rejecting scientific progress, but about protecting those who are least able to protect themselves as Alan Shewmon explains:

To admit that many brain-dead patients are deeply comatose, severely disabled, living human beings is progress, not regress. It will force a refinement in our understanding and diagnosis of death, a clarification in our fundamental philosophical principles regarding human life, and realignment between our understanding and our consciences in dealing with these most vulnerable human lives.[8] 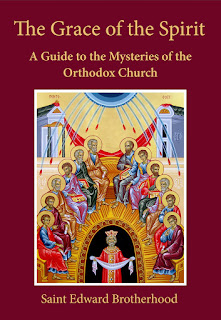